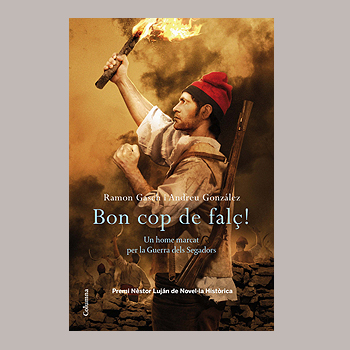 Posted at 08:23h in Novel and essay by admin
0 Likes
Share

Summary: In 1640 the Catalan lands lives the abuses of the King of Castile. By order of an officer Castilian, the farmhouse of Can Marti housed soldiers, but this triggers a terrible facts. The heir, Joan Martí, kills two men who have killed his bride. While he is forced into hiding, the military burned the farmhouse and abuse their family. Soon after, the Segadors War broke out and forced to flee to Barcelona, Joan created a militia respected for their risky actions, to the extent that the Government demands his help to defend the Catalan capital on the imminent attack of the enemy. But the young especially as driven by the desire for revenge against the officer who had disturbed the peace of his home.