Pedro Garcia Rubio, known artistically by Rubio, is an uncle of my wife Joana, and also a very good friend and amateur, like me, in painting. In the 1960s Pedro went to Venezuela, where he still lives. At the beginning of his stay he worked in a mechanic workshop. As an expert car painter, he is one of the best painting with the technique of pressure gun (pintura al duco in Spanish), whom I have ever seen. His excellence and professionalism allowed him to open his own workshop and have exclusivity in all of South America for paint repairs of Rolls Royce.

He soon began to apply his extraordinary technique to the pictorial side, although he considered himself more a craftsman than an artist. His progression was meteoric, and he specialized mainly in the restoration of paintings by the great Venezuelan masters, such as Alejandro Otero or Mateo Manaure.

With the maestro Alejandro Otero he made a great friendship, and jointly signed many works that can be seen today in important museums of the world, such as the Museum of Modern Art in New York or Caracas.

Although he has (and does) continuously a work of own production, he has never wanted to expose, for my desperation. His extraordinary technique allows him to create any element within his style, very close to Vasarelli. Lately he has reproduced some of my work which, he says, is in love. I attach some pictures of his paintings.

Pedro, when do we exhibit?

Here you have two works by Alejandro Otero (his famous coloritmos), which he has personally restored and a reproduction of my painting “Sant Andreu de Ni”t with the Rubio technique.

This is one of my favorite uncle Pedro’s work. I have named the Transparencias, and as he explains, he has more than thirty layers of paint of different colors, with an incredible blur and transparency. 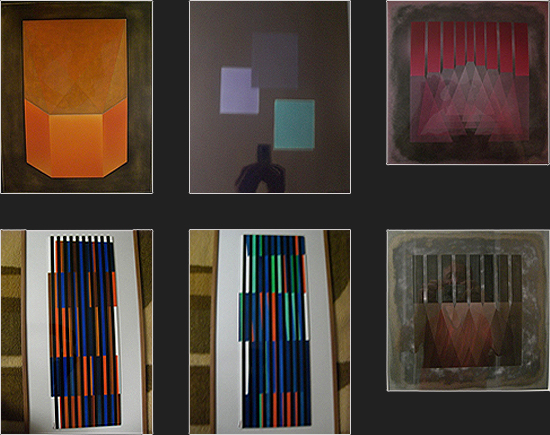 Finally, three reproductions of my paintings made by the master Rubio .

We use own and third party cookies to improve our services . If you go on surfing, we will consider you accepting its use. More Policy of cookiesI agreeLlegir més