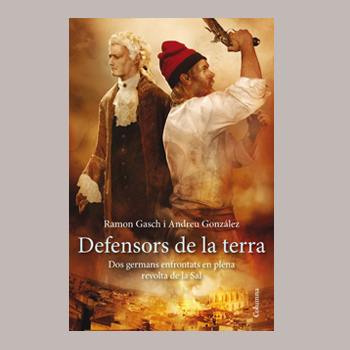 Posted at 08:26h in Novel and essay by admin
0 Likes
Share

Summary: The authors explain how the Catalans struggle continues when the farmers of the county of Roussillon rise against the French occupation in northern Catalonia. When Joan Martí confesses to his son Miquel the true identity of his father, he march northwards to try to find it and is immersed in the revolt of the angels of the earth. Meanwhile, his brother Jaume was in Barcelona and joins the nobility by a young girl who steals the heart. Two brothers faced by their ideology, which will mark their lives forever.sus vidas para siempre.